For years I have had a general knowledge of the SG3 Rotol Gearbox fitted to the Vampire Mk.30 and Mk.31. Years ago Alan Allen in the UK sent me a digital copy of the SG3/1 manual for the Nene Vampire and that was the starting point for learning more, but without getting my hands the real thing, I didn’t have good reason to get into the thick of it, having many other things demanding of my time.

In 2020 I had the chance to examine two SG1 gearboxes and make a simple comparison with the SG3/7. I knew even less about the SG1, so embarked on the process of figuring out their application. One had the data plate with Type ID on it: SG1/18. The other appeared to be identical. It turned out they were from the Gloster Meteor; the driveshaft pointing directly out of one of the main gearbox apertures plugs directly into the front of the Rolls Royce Derwent. The SG1/18 fits into the right-hand intake for the Derwent of some marks of the Meteor. This gearbox is set up to carry a generator – something like a Rotax KX, HX or 02 – and a Dowty hydraulic pump.

The original Vampire Mk.30/31 gearbox was the SG3/1 with the driveshaft located on a forward face, the other mounts were taken up by B3X Mk.III vacuum pump, KX-B generator, Hymatic compressor and Lockheed Mk.VI hydraulic pump. When the vacuum pump was deleted (by RAAF mod 175 or DHA mod V.191), the gearbox was modified as the SG3/7.

Comparing the SG3/7 illustration from the Vampire Mk.30/31 manual with the photos of the SG1/20 below, you can see how different the drive input is.

So having a need for a couple SG3/1 or SG3/7 gearboxes, I started to wonder about how common the SG3 and SG1 are – whether an SG1 would be a starting point for building an SG3.

After a little googling and looking at the various suppliers of scanned manuals, I found the AP.2240A Rotol Gearbox schedule of spares for the Meteor – from the very handy Aircraft Reports. Excellent!

Looking at the basics, it was easy to see that several of the assemblies that make up the SG1/18 are indeed common to the SG3s of interest. After trying to kid myself otherwise, it became obvious that the main gearbox cover is NOT common, although a cheat might be possible. BUT – what about the main casing itself? I’ll come back to that.

In November 2020 my friend Chris sent me an email with a photo of a ‘thing’ caked in mud and looking rather worse for wear, and asked ‘would I be interested?’ Well, that got me excited! He eventually managed to source two SG1/20 gearboxes for me!

So what’s the SG1/20? Similar to the SG1/18, but, importantly and usefully, also carries the set-up for the Hymatic compressor. It was fitted in the left-hand inlet of some Meteor marks.

The basic drive assembly for the compressor is common to the SG1/20 and SG3, but the SG3 also has a mounting adaptor because of the different location on the gearbox where it is attached.

By working through the parts lists for the SG3/1 and SG1/20 and the section drawings for each, I have been able to show that there are a lot of common drive assemblies plus the oil pump, and other parts. This is shown in the drawing below.

Are the main casings the same? They certainly don’t have the same part number. But the main attachment bolting pattern matches and given how the various assemblies fit, I think the casing of the SG1/20 will work for the SG3. It is clear that Rotol introduced design improvements over the years but retained commonality, and it is also apparent that the casings often have bosses in the casting that may or may not be in use for a particular assembly. I think it is likely these casings will do the job.

It wasn’t until mid-June this year that I picked up the gearboxes. First thing: Clean and protect!

The suggestion was to start with high pressure water but I was worried about the water getting inside. I took the 3 hour per gearbox gentle clean instead! This is exterior only – will need to do something about the interior after lockdown – just an inhibit of sorts as I won’t be disassembling until I actually have what I need to make at least one SG3. Below are a couple of photos – one gearbox before cleaning, and the two after. 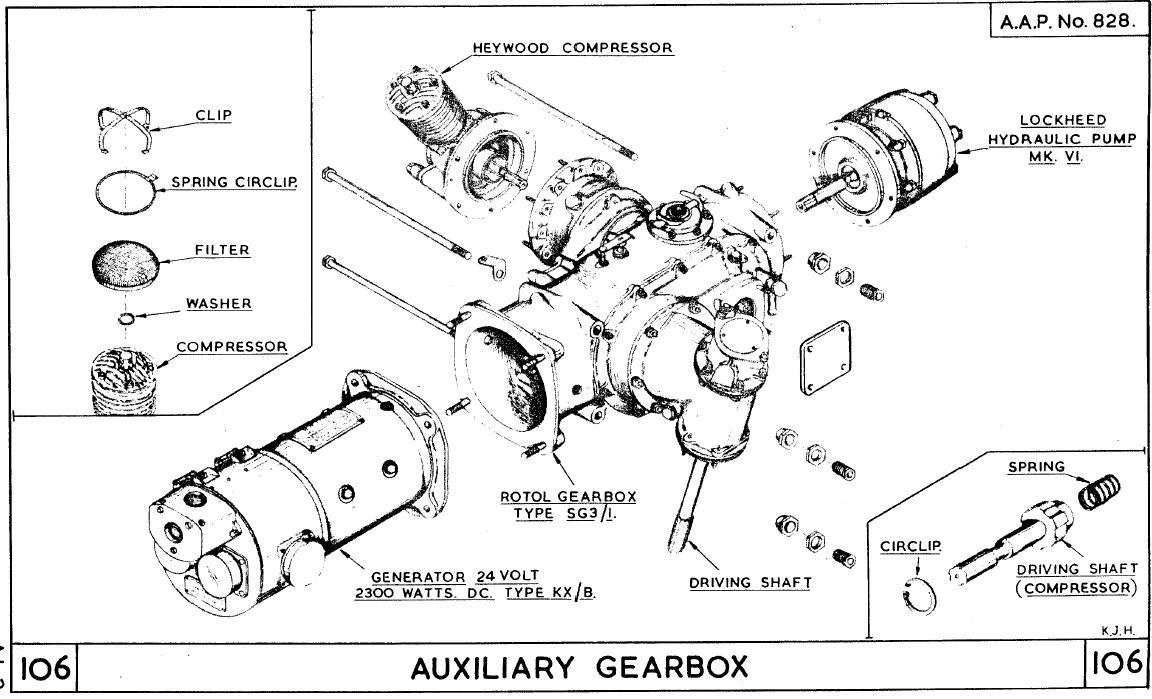