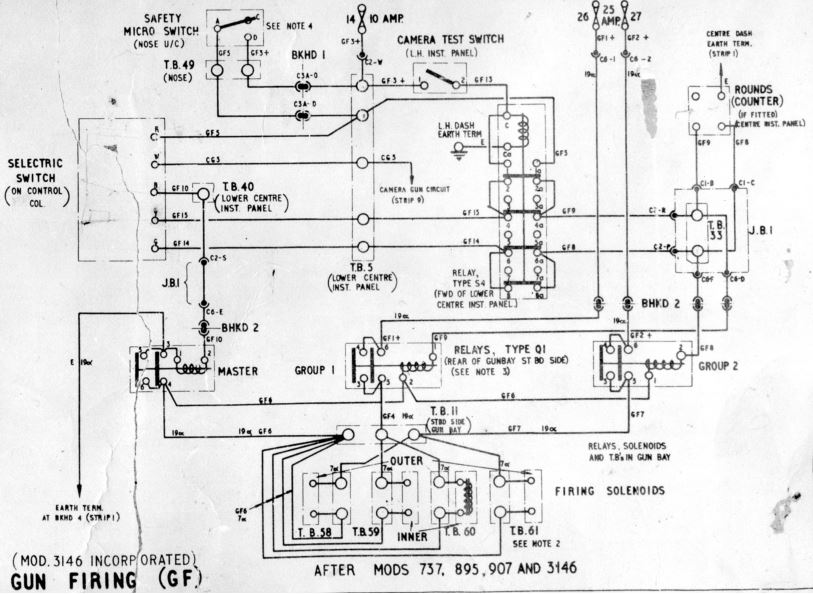 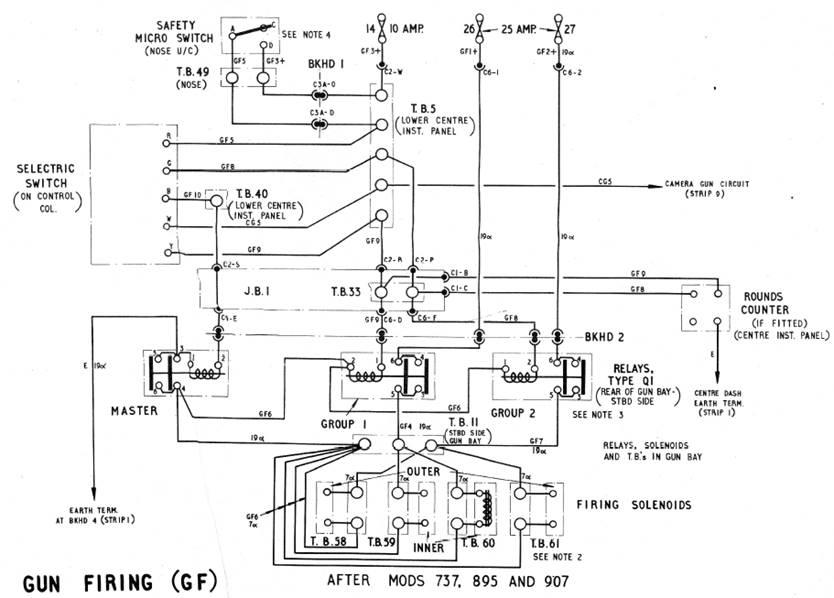 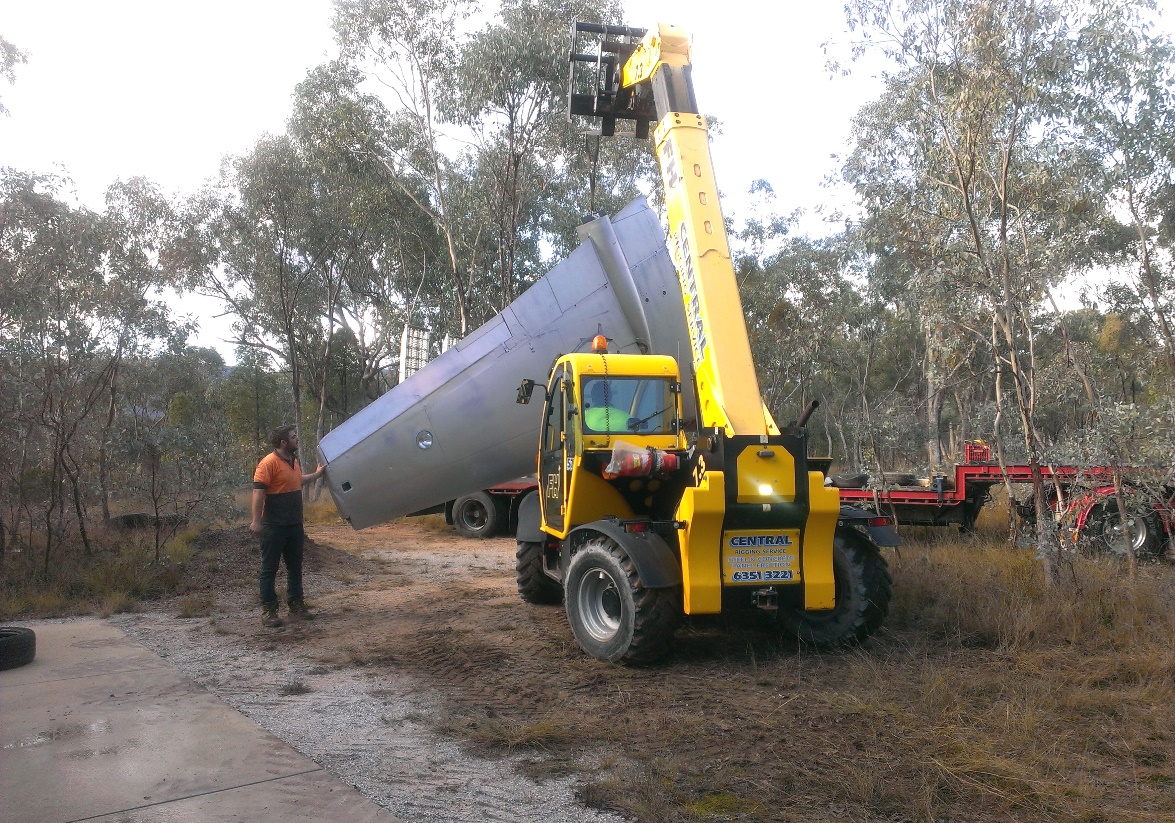 Thanks to Gina and the guys at Steve Holland Transport and Turner and Central Cranes.

We loaded R1382 on to a semi on Friday morning, 19th May. The truck and load went back to the depot; no travel to NSW this week. 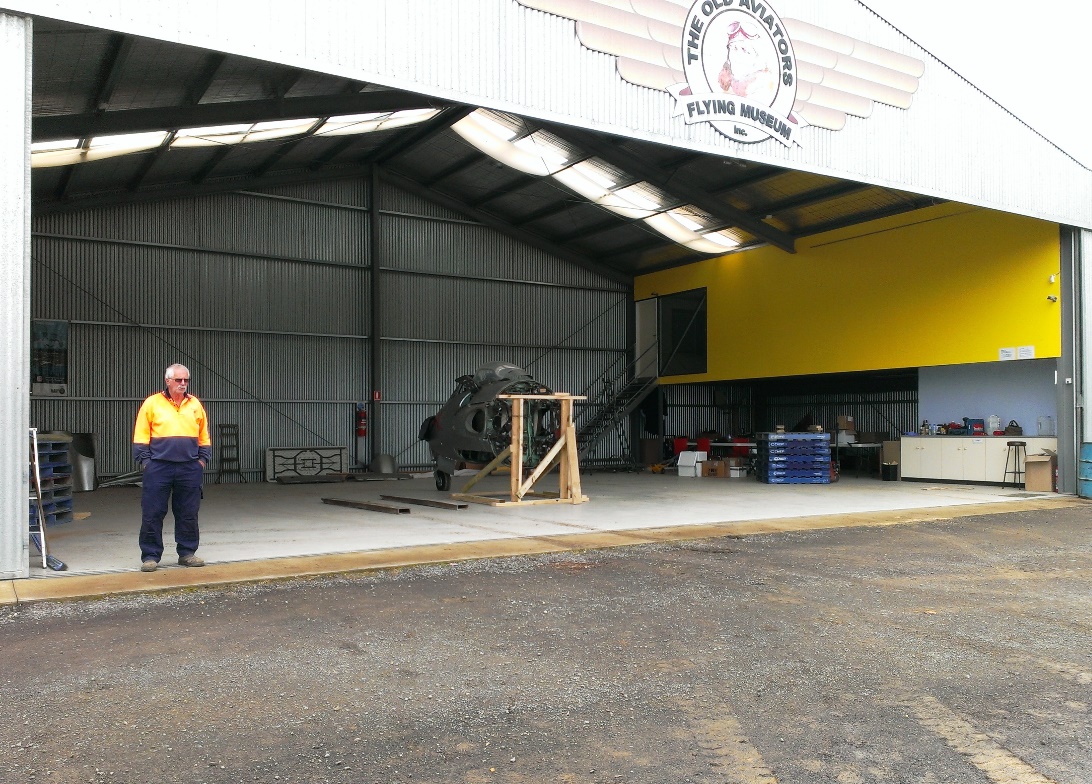 Brian, the aerodrome safety officer, and the almost empty hangar 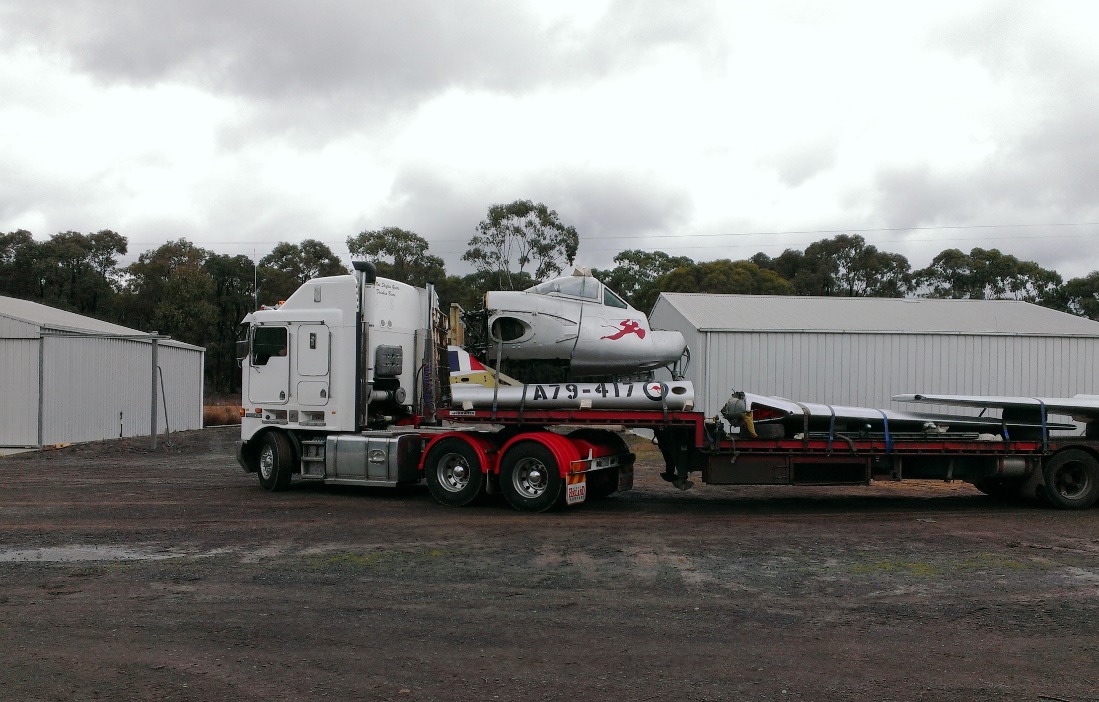 Thanks again to Alwin, Catherine, Gina, Rod and the CVT guys, Brian from the Central Goldfields Shire Council, and the guys from Steve Holland Transport. 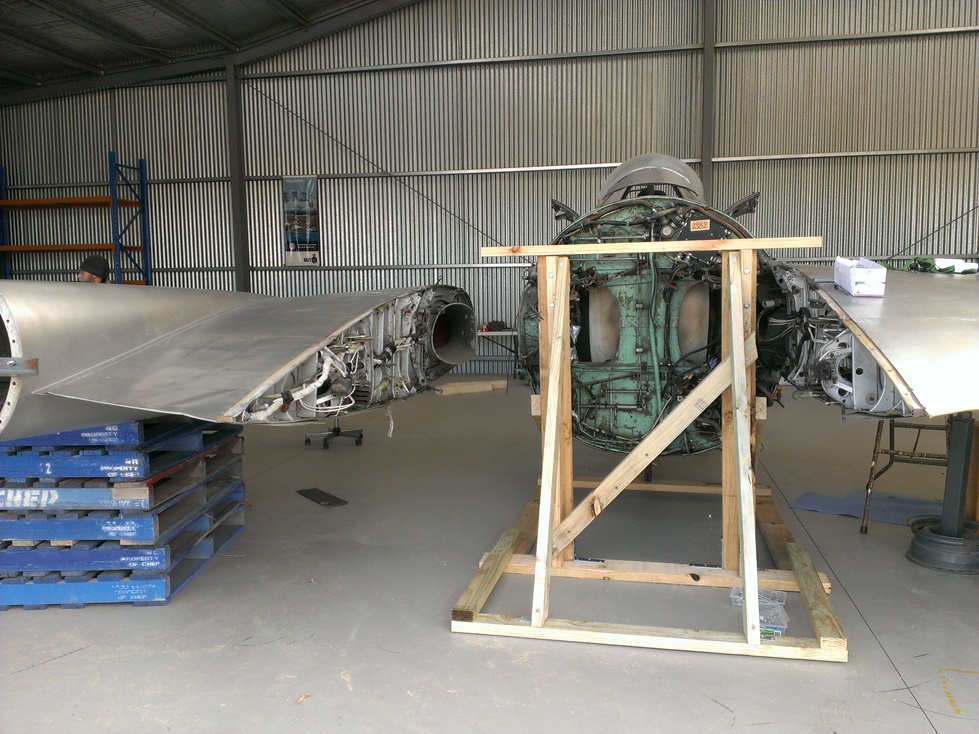 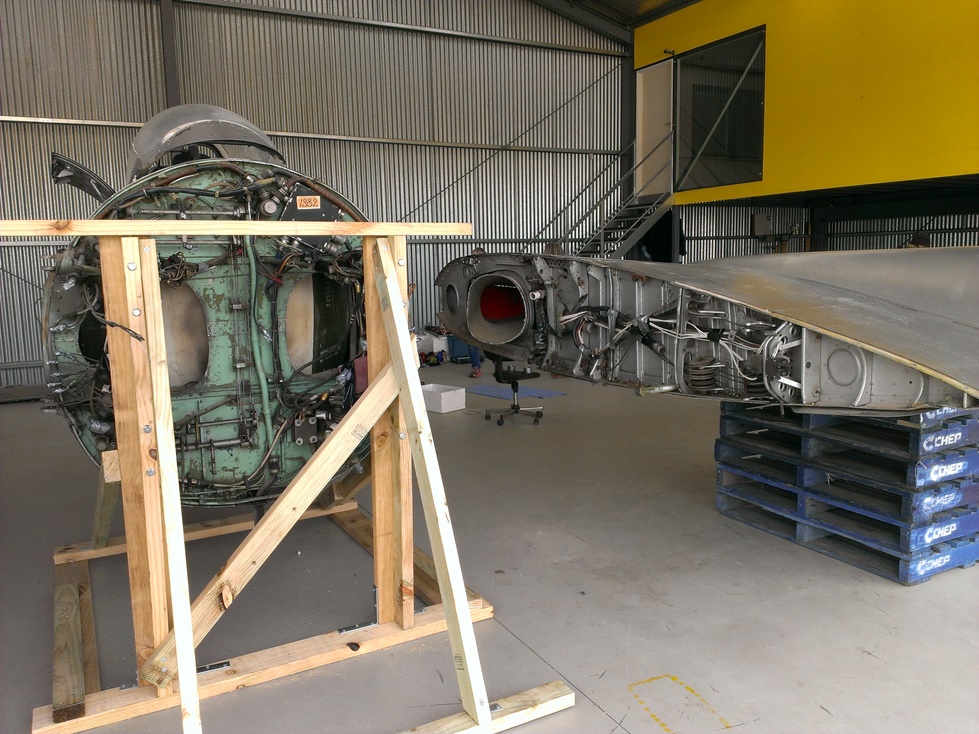 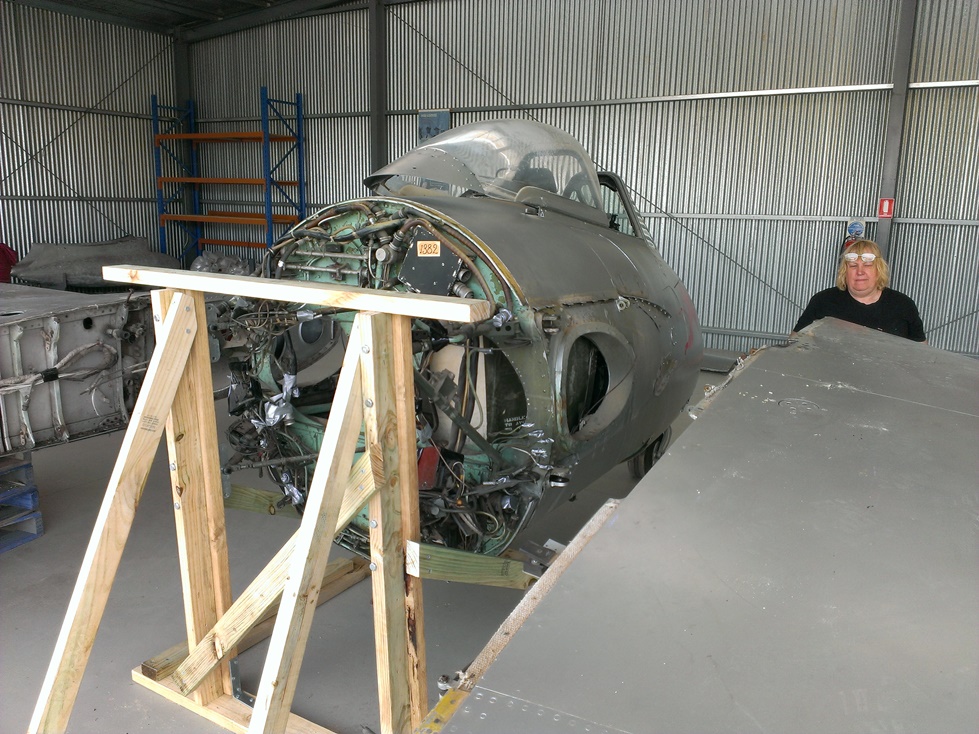 Wednesday: With the headache of trying to get the main gear up and over-centre, I forgot to take any photos! Below is a photo showing that day’s efforts, taken Thurs morning. One of the things that stopped us getting the gear over-centre was the door lock Teleflex, which was seized. Once that was freed, we still couldn’t get her the rest of the way (working on port gear first). Alwin then made an observation about the tyre and suggested we deflate it. That did the trick! The point being that the tyre normally is jammed against a rub strip attached to the cut-away rib that arches over the wheel-well. This is normally done by a ram and with a fair bit of inertia. I was lying on my back pushing the wheel up with my legs – slow and only human! After letting the tyre down, it was 5pm and we had one leg up so that was it for the day. 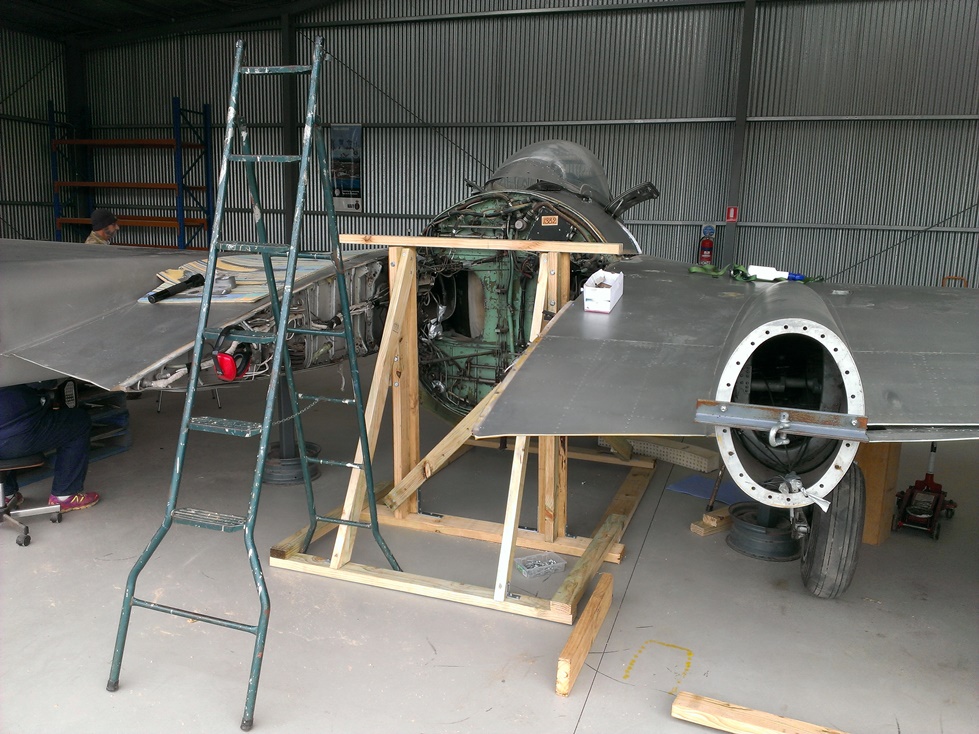 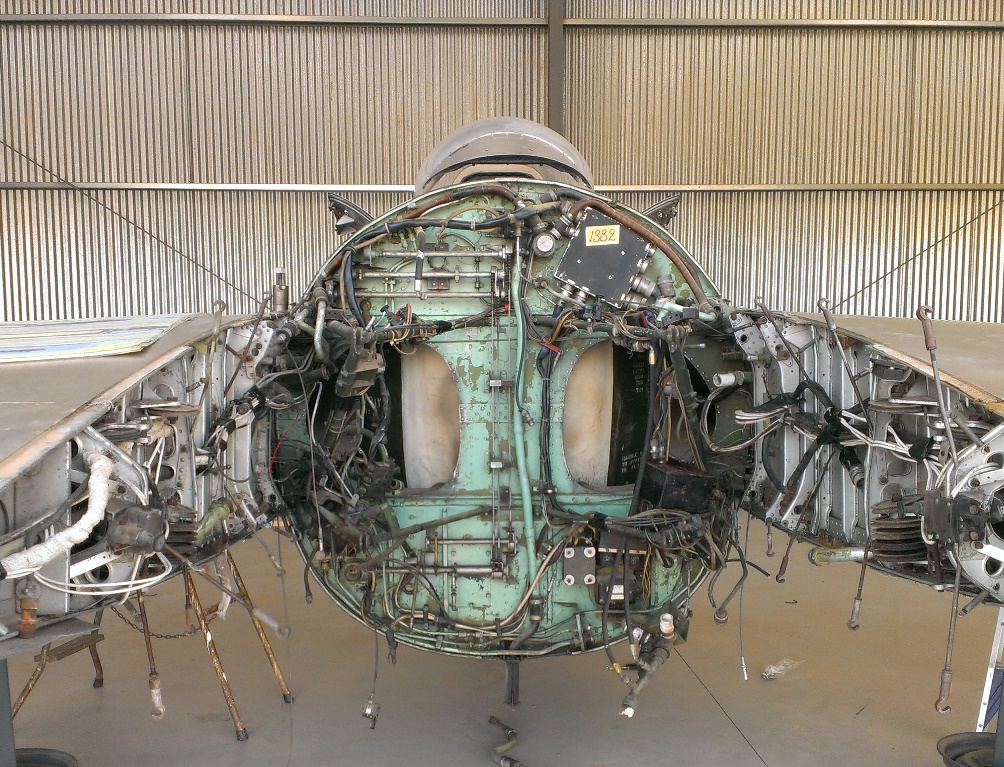 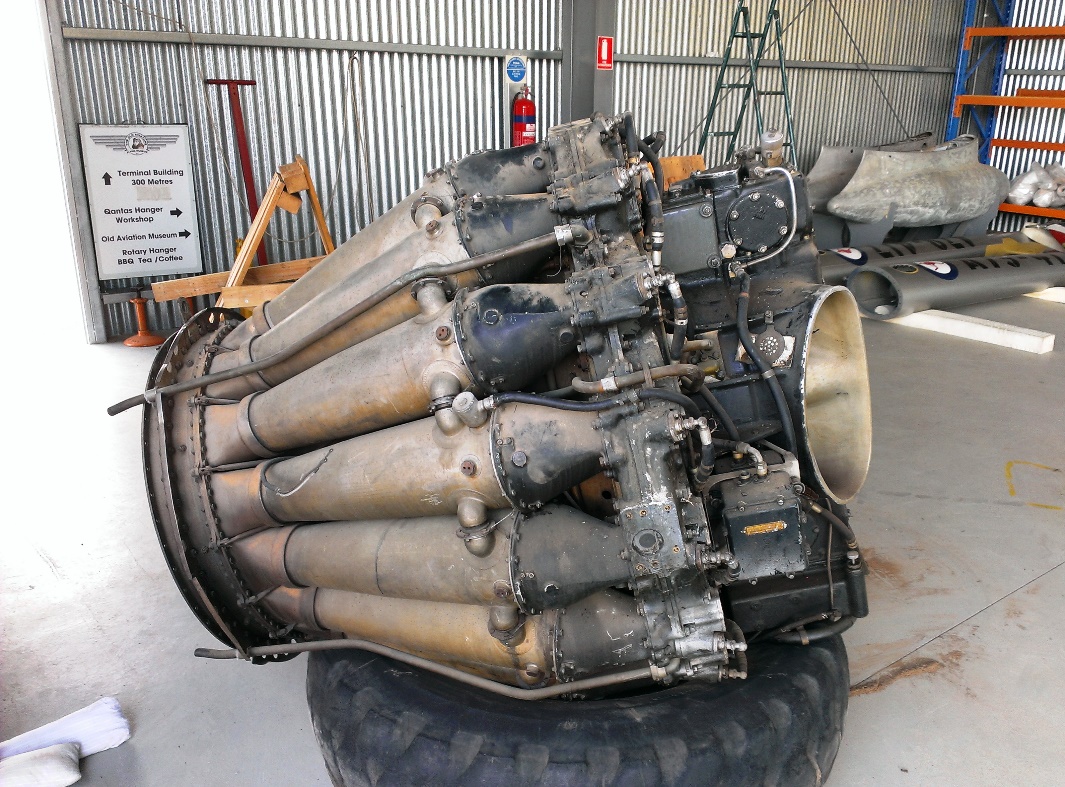 Another good day of progress, thanks to Gina, Alwin, Stephen, Catherine, Rob and Rod Brown and the guys at CVT. 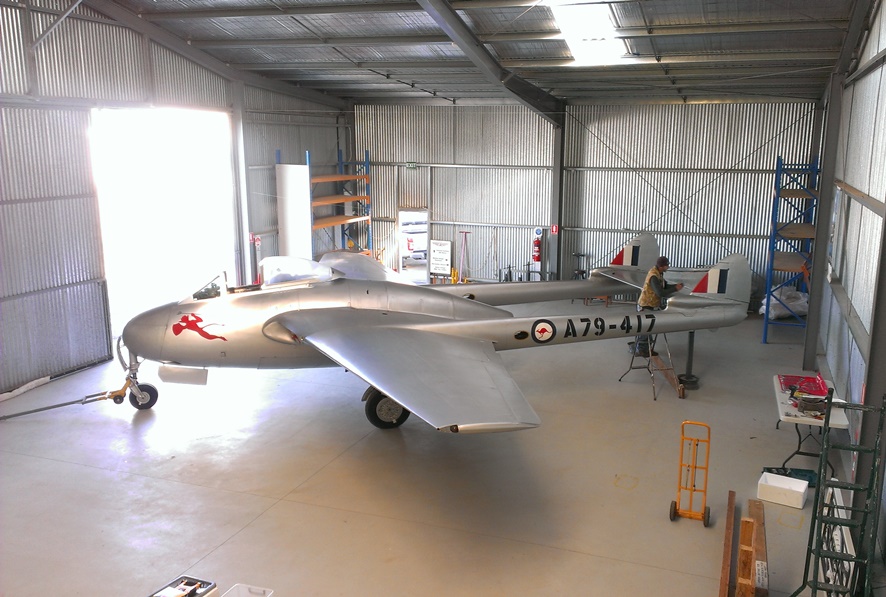 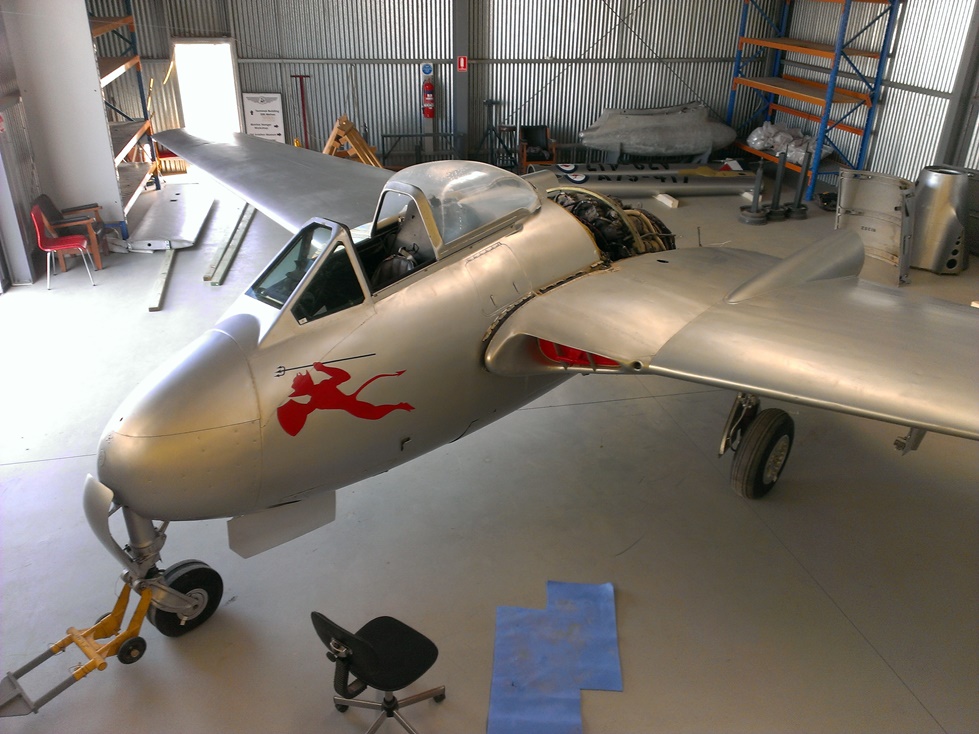 … thanks to Alwin, Stephen, Catherine, and Rob from Transaero.